U.S. Constitution, Article II, Section 4: What does it actually say?

Article II, Section 4 of the U.S. Constitution contains the criteria for firing a President from his or her job:

The President, Vice President and all civil Officers of the United States, shall be removed from Office on Impeachment for, and Conviction of, Treason, Bribery, or other high Crimes and Misdemeanors.

Where to find information about impeachment

Databases: Start at the NCC Library's "Databases by Category" page and go to History. Choose:

U.S. History: Gale In Context -- Click on the icon labeled "Browse Topics" that looks like a lightbulb and scroll down until you see "Presidential Impeachment." 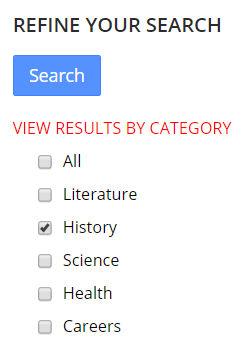 Salem History -- At the search box, type "impeachment." When the list of results appears, click the category "History" on the left side of the screen. Then click the blue Search button. One of the documents you will see is the "Trump Impeachment Statement" made by House Speaker Nancy Pelosi.

Next, go back to the "Databases by Category" list and choose Current/Controversial Issues. Try these databases:

Opposing Viewpoints: Gale in Context -- Click on the icon labeled "Browse Topics" that looks like a lightbulb and scroll down until you see "Impeachment." 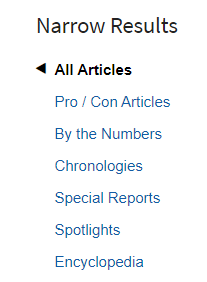 Issues & Controversies (Facts on File) -- Type "impeachment" in the search box. When the results appear, you will see a number of articles on the topic. Use the "Narrow Results" menu to select which type of article you need. The "Pro/Con" section contains a very helpful article entitled:

"Impeachment: Should President Trump Have Been Convicted on the Articles of Impeachment Passed by the U.S. House of Representatives?"

Congress.gov -- To read the actual articles of impeachment brought against President Trump, and find out how each member of Congress voted, search this database of official U.S. House and Senate documents.

Library of Congress -- Has compiled an extensive bibliography of primary source documents from all presidential impeachments. Many of the materials are digitized and available online.

National Constitution Center -- This page has a helpful explanation of the power of Congress to impeach a president, as well as a discussion of the impeachable offenses.

Pew Research Center -- If you're interested in public opinion regarding the Trump impeachment, as well as finding out how it compares to the reaction to Clinton's impeachment, you'll find the survey data here.

Why it's NOT ENOUGH to research only one president's impeachment

Up to this point in our history, only three U.S. presidents have been impeached:

Richard Nixon resigned in 1974, to avoid being impeached.

Although each president was accused of wrongdoing for different reasons, Congress still had to apply the same standard to all of these cases, to determine whether the president should be removed from office. See the box above for the wording of that standard, which is located in Article II, Section 4 of the U.S. Constitution.

As in other areas of the law, impeachments involve examining decisions that have been made in the past, to find out how they apply to the current situation. When researching the recent impeachment of Donald Trump, for example, it is important to compare it to precedents that were set by previous impeachments, such as how the investigation and trial were conducted, and whether the severity of the president's misconduct was worse than that of past presidents, not as bad, or about the same. This helps Congress to decide whether the punishment of being removed from office is appropriate.