This Research Guide will direct you to specialized Library resources for Introduction to Film (CMTH 220), including books, journals, online subscription databases and websites.

Students taking Introduction to Film (CMTH 220) will examine various aspects of the motion picture, including the purpose of film; the history of the feature, documentary, and experimental film, with emphasis on cinematic techniques and the development of criteria for evaluation; and the relationship of film to other forms of communication. 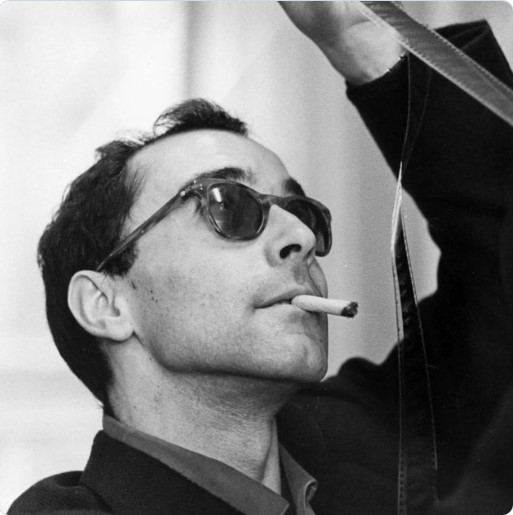 Jean-Luc Godard was a film critic before he became a director -- and ultimately, one of the leaders of the French New Wave movement of the 1960s. His debut feature film, Breathless, was one of the first to use the "jump cut" technique for propelling the narrative forward. Godard's choice of subject matter and avant-garde approach to storytelling were provocative, even radical. His directing style was improvisational; he was known for working with no script at all, revising dialogue on the fly.

In 1969, American film critic Roger Ebert called Godard "perverse and difficult," declaring that "this most brilliant of all modern directors is heartily disliked by a great many people who pay to see his movies." Audiences may have been put off by Godard's unconventional films, but an entire generation of American directors was influenced and inspired by him, including Quentin Tarantino, who said Godard taught him the "joy of breaking rules."

Godard died on September 13, choosing to end his own life by assisted suicide -- a fitting end for a man who wanted to do everything his own way. For more information on Godard and his generation of filmmakers, start with the resources listed below.

From the Films on Demand database:

This Research Guide was updated on September 16, 2022 by Anne Bittner.