What characteristics define the Teen Film? Visit the “Film Genres” page on the American Movie Classics (AMC) web site to find out! Can't decide which teen film is your favorite? Entertainment Weekly magazine sorts it all out in this annotated list of the "50 Best High School Movies." 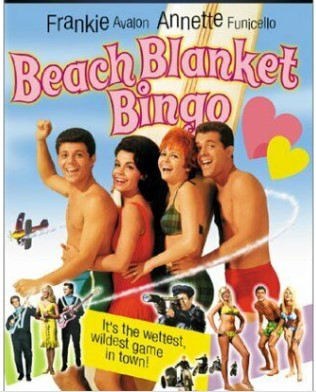 Since the invention of the soundtrack, filmmakers have used music to set the mood, both with the score and by including songs that were popular in the era depicted by the film. It's no surprise that movies about teenagers would do the same, pairing themes like rebellion with rock 'n' roll, or first love with romantic ballads. Songs from a film often become more popular than the movie itself. Here are a few examples of films whose musical selections were the highlight of the production.

Hard Days Night -- This classic Beatles "mockumentary" features the Fab Four being chased around London by adoring fans, when all they want to do is have a little fun sightseeing, before making a television appearance.

Jailhouse Rock -- This 1957 musical established Elvis Presley as a bona fide Hollywood star, but the movie's longevity was surpassed by that of its title song. You can see John Belushi and Dan Aykroyd performing it at the end of The Blues Brothers, released in 1980.

Teen beach films -- Most Americans don't live near a beach, but these B-movies concocted for drive-in theaters in the 1960s -- featuring cool guys and perky girls in swimsuits -- made them wish they did. Why else would there be so many songs about surfing?