What characteristics define the Sports movie? Visit the “Film Genres” page on the American Movie Classics (AMC) web site to find out! 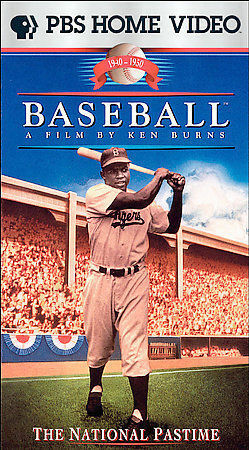 last 30 years, Ken Burns has produced some of the most popular documentaries about U.S. history that have ever appeared on public television, so it was inevitable that he would turn his attention to our national pastime. The 10-part series Baseball digs deep into the roots of our all-American game, revealing how aspects of it were borrowed from European sports like cricket and rounders. Each episode follows the development of baseball through the decades, covering the ups and downs of keeping leagues going during wartime, the emergence of the baseball player as celebrity, the harsh injustice of consigning African American athletes to the segregated Negro Leagues, and the modern era of baseball as a multi-million dollar industry.