What characteristics help to define an Avant-Garde, Surrealist, or Experimental film? Read this article from the Encyclopedia of American Studies to find out! 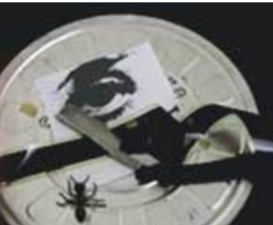 Surrealist cinema sought to break with the conventional linear narrative style in favor of chance events and a world of the subconscious. This penetrating program, Surrealist Film: The Stuff of Dreams, analyzes the origin, evolution, and legacy of a cinematic movement whose stylistic artifacts can still be found in today’s mass culture. Background on Dadaism sets the stage for a nuanced discussion of Surrealism and its use of cinema to best express the movement’s vision during its heyday and since. Key figures of Dadaism and Surrealism are highlighted, as are important films such as La Coquille et le Clergyman, L’Étoile de Mer, and Buñuel’s iconic Un Chien Andalou and L’Âge d’Or.