What characteristics define a Documentary film? Visit the “Film Genres” page on the American Movie Classics (AMC) web site to find out! 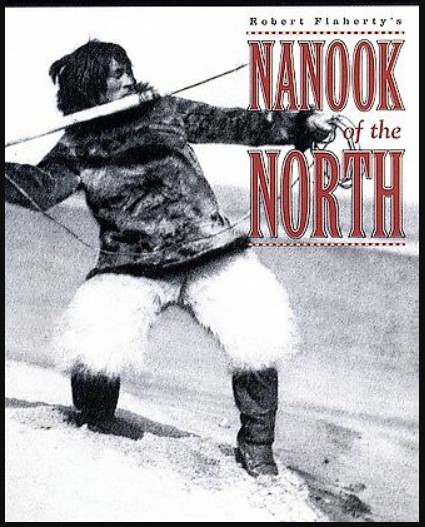 One of the earliest examples of documentary filmmaking is Robert Flaherty's Nanook of the North. This silent film follows Inuit hunter Nanook and his family as they struggle to survive in the harsh conditions of Canada’s Hudson Bay region. Although Nanook was enormously popular when it was released in 1922, Flaherty's methods -- and the tone of the film -- have been criticized in recent years. In addition to staging many of the supposedly spontaneous activities undertaken by the indigenous people, modern audiences recognize the film's racist perspective that treats its subjects like primitive curiosities. Flaherty's credibility suffered when it was revealed that he had fathered a child with an Inuit woman during his Arctic expeditions, but failed to acknowledge or support him. These and other controversial aspects of the Nanook project are discussed in the program Nanook Revisited, and this article from the Library of Congress website.

fenstahl used her considerable talent to advance an abhorrent political agenda when she served as documentarian to the Nazi Party. Her infamous propaganda film, Triumph of the Will, focusing on the Third Reich's 1934 Nuremberg Party Rally, features a cast of thousands -- including Adolf Hitler, Heinrich Himmler, Joseph Goebbels, Rudolf Hess, Hermann Goering and other top officials. Images of cheering crowds, precision marching, military bands, banners lining Nuremberg's streets, and Hitler's climactic speech, illustrate with chilling clarity how Germany fell under his spell.